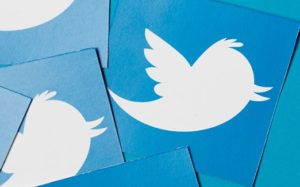 Twitter has become one of the most critical players in social media marketing today. Although Twitter’s effectiveness, number of users is low compared to other social networks, and the possibility of the company not reaching the desired profit level is discussed, it is not very important for brands and Twitter users. That’s why brands and people who care about social media marketing continue to use Twitter most effectively.

Twitter is considered a microblog site by its use. The sharing of 140 characters and the intensity of the news in the news flow is quite high. In this intensity, it becomes harder for brands to show themselves and interact with their posts. From interaction we mean our arrivals; comments, likes, retweets and links.

I have compiled 10 tips for you to take care of to get more interaction with your Twitter conversations.

Relevant target audience selection is the most critical issue that needs to be done not only for Twitter but for all social networks that are working. If you want people to react to your sharing, you need to target people to hear about the products, services, or content you offer. For example; If you are selling musical instruments, your target must also be composed of people who are interested in music, so that your followers find something and interact with them in what you have done. Emphasize with your followers and consider how you go without worrying about the content you are not interested in on Twitter.

By logging into the ” Audiences ” page at Analytics.twitter.com, age, gender distribution, interests, country distribution, language used and internet operators. By taking advantage of the ” Interests ” chart, in particular, you can make shares that are relevant to your target audience.

Please retweet comments coming from your tweets or any posts you have made. This will encourage your followers to extrapolate to your posts as it will increase the visibility of the page. The result is that every tweet that is pulled or each interpreted goal is made so that others can interact with that tweet. In particular, on the page of a brand, retweeting the interpretation you make will provide additional motivation and will increase the interest of your followers, your share. This will increase your interaction.

The use of Hashtag is now available on all social networks, but Twitter is undoubtedly the most active social network. For this reason, you should use hashtags in your tweets. The use of hashtags, however, will not make any sense when it comes to doing so nicely. The critical thing to note when adding tweets to your hashtag is how often that hashtag is used in the Twitter hashtag pool. You can learn this by typing hashtag on the search button on Twitter. When you add a frequently used hashtag instead of a hashtag that has never been used, you can help increase the display of the tweet you are having and help increase interaction. Of course, you have to be careful that the hashtag used is related to your tweet.

4- Pay Attention to Visual Use to Differentiate

According to WeAreSocial ‘s report, the life of a share in a news stream is 1.7 seconds. To make your tweet as soon as you notice it to your followers, you need to pay attention to visual use. By selecting related images that are relevant to your tweet, you can make your tweet more prominent in the news stream. The tweets you have laid in this way will not escape the eyes of your followers.

One of the easiest ways to get interaction on Twitter is to ask. In this regard, you can use the questionnaire feature that Twitter has been using for many months. Surveys that you will conduct on current or sectoral issues will have a significant impact on your interaction. Usually, followers who are hesitant to comment can express their views with only one click when the business is surveyed. I have experienced this many times with the work that we have done before. An average of 45-50 people interacted with the votes made as a survey, while a few comments or likes to a tweet shared as a question.

When you click the ” Tweet ” button on the top right to create a poll, you will have to click on the ” Poll ” button at the bottom of the opened tweet window. You will add 4 options to the survey you will create. Previously the survey period was defaulted and could not be changed. With the last update that Twitter has made, survey times can now be scheduled up to the desired day, hour or minute.

6- Add Tweets to Your Links

140 characters can often be restricted to the message you want to give. That’s why you can add links to your tweets to provide more useful content to your followers and get more clicks on your posts. With the links you add to your tweets, you can increase your interaction and increase the traffic from your social network to your website. You can click on the ” analytics ” icon underneath the tweet you have taken to see how much your links have been clicked. You can see all the interactions that your tweet has received.

Campaign management on Twitter is a very different matter. However, to mention briefly; When starting campaign management on Twitter, it needs to be well planned. What is the purpose of the campaign, how it will be implemented, what dates it covers, what will be awarded, who will follow the campaign, how to distribute the prizes, etc. must be very well planned. The troubles to be experienced should be determined in advance and the conditions of “campaign participation” should be specified in detail to avoid trouble.

Twitter cards; The link that is shared with the tweet is the summary on the page, the Twitter address (if any) of the creator of the content, and the type of sharing in which the image used in the content is located. The Twitter cards themselves offer different options such as text sharing, photo sharing and video sharing. Before starting to use Twitter cards, you need to add ” meta ” tags that match the type of Twitter card you choose to the <head> section of your page. You can access Twitter card types and which tags are available on the Twitter Analytics page.

It is necessary to acknowledge the fact that social networks have an essential place in our daily lives. However, it is necessary to analyze the hours that are intensive in this usage and to make your sharing at these time intervals. These time periods vary from 12:30 to 14:30, which generally correspond to the lunch breaks of employees, although they vary widely. In the evening, it is between 18:00 – 20:30. Imagine people who are engaged in constant phone calls in the evening on the metro or bus. Then you will understand why social media use is more intense these days. Different tools can be used to determine these times as well as experience.

10- Avoid Too Much Sharing

Too much sharing on the social media does not mean that there will always be too much interaction. This rule applies to all social networks as well as Twitter. If you share too much each day, stop interacting after a while, which may even cause the number of followers on your page to decrease. For this reason, set a daily share limit and act accordingly. If you can not decide how much you will share, you can review the pages of your competitors in this regard. However, there is something to be aware of! Some brands have social media management done by digital agents and share one or several days to keep costs down.

Twitter is a problematic platform for brands. Due to reasons such as having a 140 character limit, the day is so intense; it is not so easy to attract followers’ attention. Attracting attention Sometimes it is necessary to share an interesting topic or use an interesting visual, and it is also important to follow sharing trends among them. For example, Twitter ‘s use of survey feature, video upload feature or GIFs to start supporting a sharing trend. You should be sure that your followers will not miss such innovations. You can also make contributions to topics that are relevant to the agenda. (Such as adapting the Irish boxer to your product or service …) You can increase your interaction with these shares, called Real-time Marketing.